Until she retired, Julie Muller taught English and American literature at the Free U. of Amsterdam graduate school. Her PhD thesis was published as Words and Music in Henry Purcell's First Semi-Opera, Dioclesian (Lewiston, NY,1990) and the text of that opera appeared in Henry Purcell's Operas: The Complete Texts ed. Michael Burden (Oxford, 2000). She has also written extensively in Dutch and English on English song texts from the Renaissance to the present.

Max van Egmond, baritone, biography and discography, English version of the 1984 book in Dutch, including a 1984-2016 supplement and an appendix on singing by Max van Egmond, whose own website can be found at www.maxvanegmond.com

“ Music as Meaning in The Tempest” in Reclamations of Shakespeare, ed. A.J.Hoenselaars, Amsterdam: Rodopi, 1994. 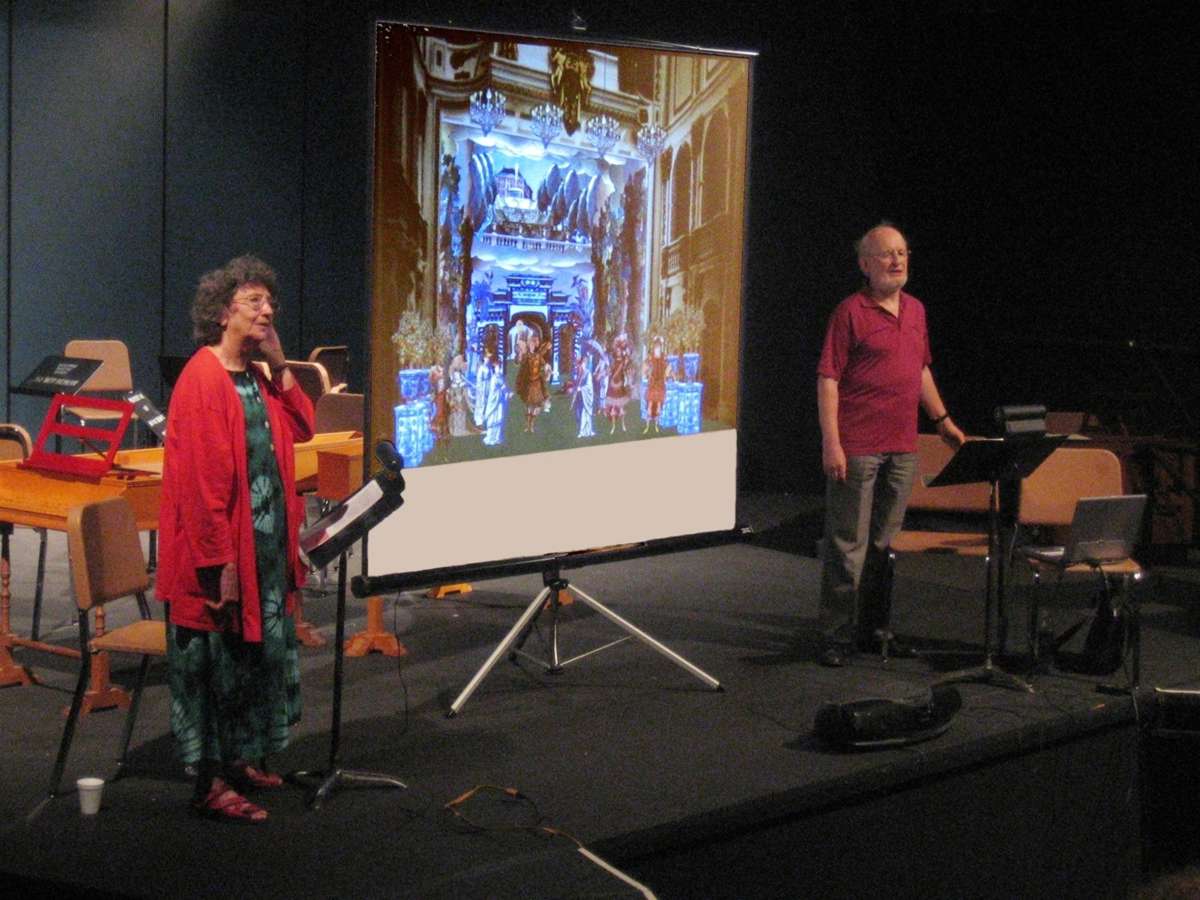 “Completing the Picture: The Importance of Reconstructing Early Opera” in Early Music XXXIII / 4 (2005).

“Amadigi di Gaula” review of the production for the 2012 Handel Festival in Göttingen, in BSECS, the online magazine of the British Society for Eighteenth-Century Studies.

“l’Ipermestra” review of the production for the 2014 Festival of Baroque Arts in Ceský Krumlov, in BSECS.

“Imeneo” review of the production for the 2016 Handel Festival in Göttingen, in BSECS.

“Holland against England:” English version of a lecture for the Utrecht Early Music Festival 2015.

Genealogy. Relationships between royal families in both countries.

Frans Muller is an interior architect and scene designer, now retired. Since the eighties he has focused on historical theatre and theatre design research. His main interest lies in late seventeenth- century English opera.

He constructed a scale model of the stage of the London Dorset Garden Theatre, showing the scenery for the finale of Purcell and Betterton's Dioclesian, which premiered there. His reconstruction of this masque was published i.a. in the BBC 3 Yearbook 1995. He used the model also as the background for computer animations of his reconstructed scenes from Dioclesian, King Arthur and The Fairy Queen (The Chinese Garden, see Early MusicXXXIII/4).

He has also compiled a database of illustrations relevant to baroque theatre, a subject about which he and his wife both write and lecture.

“Flying Dragons and Dancing Chairs at Dorset Garden: Staging Dioclesian” in Theatre Notebook, magazine of the Society for Theatre Research, Vol. 47 (1993), No. 2.